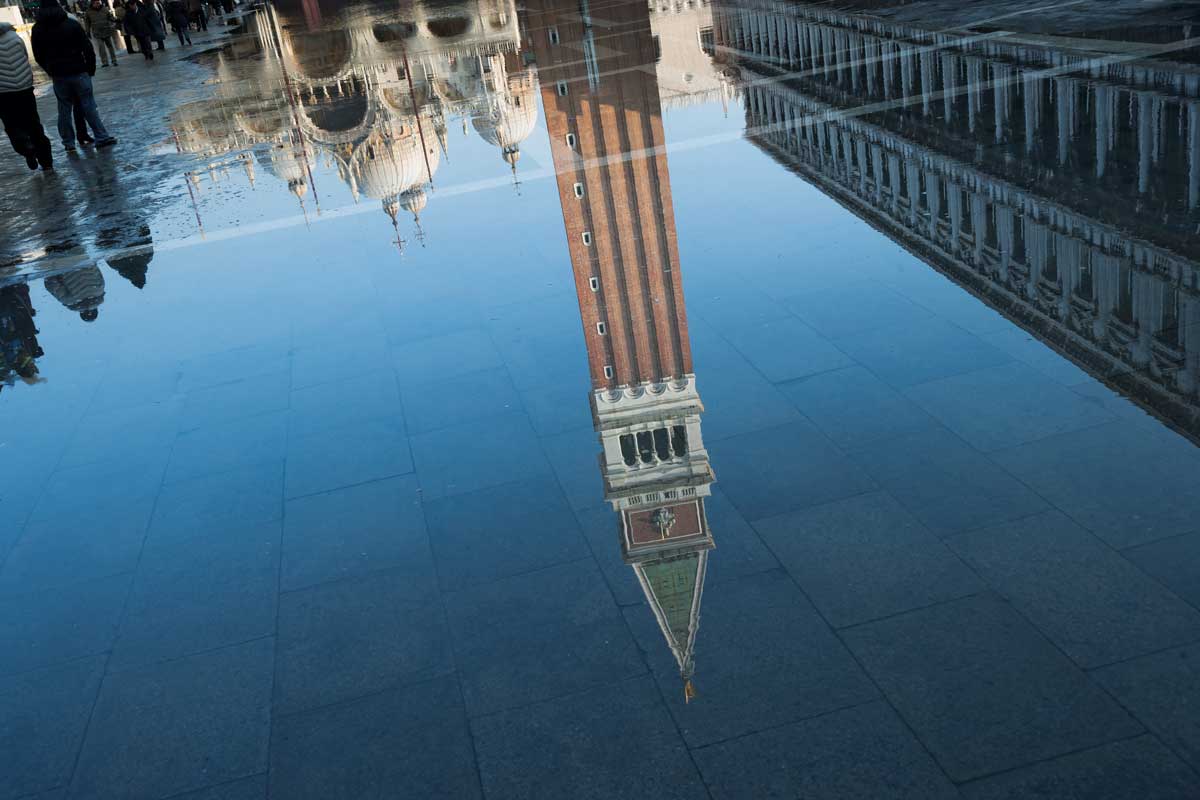 I have been to Venice many times. So I firmly believe I do not know it. I have always frequented and loved only elusive cities; assessed places by their ability to surprise me. My guiding rule is still the poet Roland Giguère’s injunction to: ‘never ask the way from anyone who doesn’t know how to get lost’.

In Venice I have never asked for directions. Its inhabitants are too zealous. Too proud to not know its every remote calle, every stray alley of water. Or perhaps too jealous to reveal the virgin hunting grounds. I have therefore always trusted in my instincts, relied on my spatial perception, satisfying myself that I know every time which is more or less the right direction to go. I do the same interpreting my study texts, those of Hebrew tradition. I have always acted on these assumptions: trust in the inexhaustible meaning of the words, in the inexhaustible reserve of being.

I admit it, this forma mentis has always protected me a little, preparing me for surprises. Every unexpected event is almost never distressing to my eyes, almost never...

Last year I happened to be in Venice on a day of expectation. I knew about the high tide but had never seen it. The Venetians forecast its peak at a set time. This anthropomorphic vision surprised me; the high tide makes an appointment for which one arrives on time. It will ask for hospitality for a few hours before leaving and the Venetians get their houses, their shops, their hotels ready to properly receive it. At first it seems that the house is cleaned in honour of the guest. Up to that moment my imagination had reduced the whole phenomenon to something absurd and annoying. A kind of domestic flood on a large scale where the water rises as you curse at the impossibility of reaching the bath and turning off the tap. I thought about the Venetians’ anger, their rush to stem it. Brackish, beating water that poisons without drinking.

But no. In the hotel where I stay the placid lagoon men clear the floors to ensure that the water doesn’t stumble, doesn’t get flustered. They close on one side and ease on the other. So that when the water arrives it can stop a while and then go towards a cellar, a secret escape route prepared long ago, like a lover’s escape route in the home of a libertine lord. Like in a Venetian house.

And when the water arrives, although grey and colourless, I say to myself: ‘my friends, what character!’. It spurts arrogantly from the drain covers, or rather presses and rises. A rain ascends, almost falling, from the bowels of the city. A city with its belly pregnant with humours and life.

Man’s weakness is to trace back that which frightens him, or that which he does not understand, to what he knows. And I, as a good biblist, cannot but think of something that was quite a lot more frightening and terrible but that reassures me: the universal flood. It takes me back to pleasant studies in my warm studio, alleviates the unpleasant feeling of my cold, dampish feet. It is the story of cataracts of water that surge forth from the earth.

A story that, darkened by the drowning of a deviate humanity, ends in any case in light: humanity, through Noah and his family, is saved.

Water in Hebrew is màim and it contains a suffix, aim, that refers to its duality. Our world, our city, is caught in the middle: between lower waters and upper waters called heavens.

The terrible biblical stories are quelled by the parchment that distils their narrative, that gathers them to amplify their meaning. The water will rise every time in the mind of every new reader.

The same thing happens here. In this hotel. A news event, a story of drenched furniture, of soaked, bleached books, is cancelled in the methodical acting and the peaceful spirits of the Venetians who speak to the water of their mother city.

And my watching it, my writing of it, takes the form of dried letters. Black ink on white parchment.