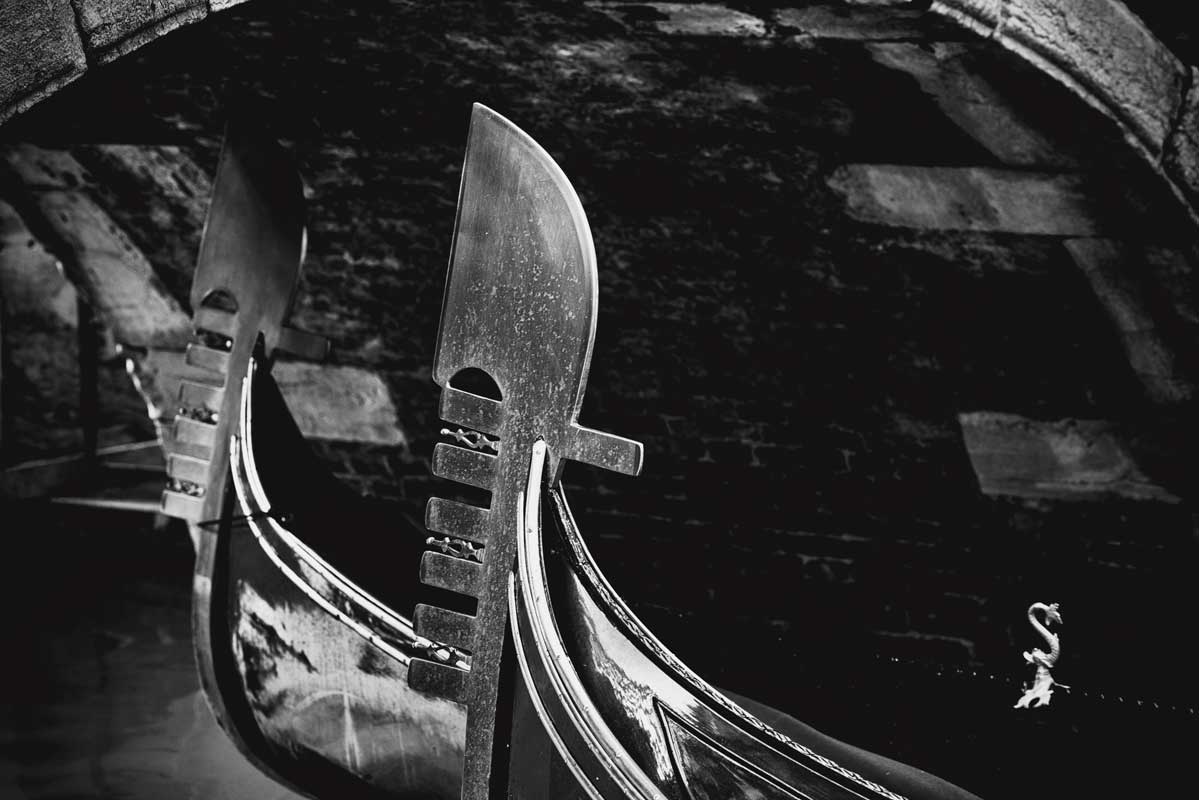 The gondola, a dream on the Lagoon

Whenever there is any need to evoke Venice, few things can strike the imagination of the world – all the world – like the gondola. The gondola is such a versatile thing that it always takes on different meanings, all irresistibly appealing: love, intrigues, approaches, escapes.

Runaway and licentious passions have been consumed and the most chaste sighs of desire expressed beneath the old removable cabin (the felze, now inexplicably fallen into disuse); the most uncouth designs for vendetta have been planned there, along with the finest schemes for rebellion. Dozens of songs have been composed in honour of the gondola, by all sorts, in all times. Giacomo Casanova escaped by gondola, having leapt into the canal from the roof of the prisons. Wolfgang Goethe was moved by hearing the refrains of the gondoliers, who sang the verses of Tasso and Ariosto from one boat to another. The noble Venetian Girolamo Zulian left an incriminating scroll of papers in one and his absentmindedness resulted in a masonic lodge being discovered and broken up.

Bianca Cappello used one on the night of 28 November 1563 for her sudden elopement, which a few years later led to her extraordinarily becoming the grand duchess of Tuscany: ‘Accompanied by my servant I went towards the landing place: here I found Pietro, who led me to the canal door and had me get into a gondola, which left immediately. We arrived at San Giorgio Maggiore as the clock in the square struck nine’. Charles De Brosses, councillor of the Burgundy Parliament and subsequently its president, offered some suggestions on its use in the letters he wrote during his journey made between 1739 and 1740: ‘It is tomorrow, unfortunately, that I have to leave my dear gondolas... What is worse is that I have to leave my dear Ancilla, Camilla, Faustola, Zulietta, Angela, Catina, Spina, Agatina and a hundred thousand other things with A, each one sweeter than the other’. William Shakespeare used very few Venetian words in his works set in the Serenissima: Rialto, doge... but especially gondola and gondolier.

If the winged lion is the recognised symbol of the city (a kind of official ‘logo’), then the gondola has become its most popular emblem, starting with its shape, colour and the unmistakable metal blade on its prow, whose six teeth, which are customarily thought to represent the six districts of the city, are actually a recent numerical choice dating back only a little more than fifty years. Finally, when speaking of gondolas one cannot but speak of gondoliers: boat and boatman are all one, the weight of the man is needed to balance the natural lean of the boat. Think of any personality who has been to Venice at least once: there will almost certainly be a photo of him – or her – on board a gondola. Literary figures, too, even those of comics. But the latter often do not restrict themselves to going on board: they actually row. Batman fights in a gondola; Mickey Mouse, Goofy and Donald Duck are regular users. That must surely mean something, mustn’t it?