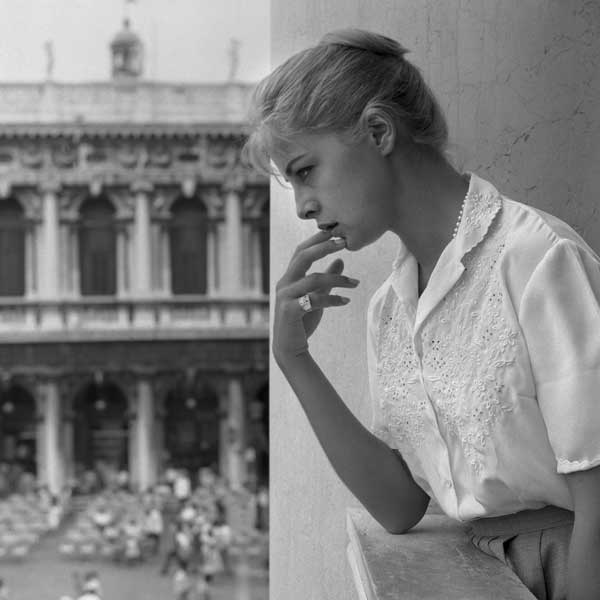 The poet did not give a shit about death,
he is sitting on a bench in front of his house, Venice,
flaked off walls, paintless doors, nearly
autumn, coat on, satisfied. He smokes
death in his face, and laughs.
A continual exile, the innumerable departures that
do not scare. The water is black and moves,
this is the city he always comes back to,
until the time of no more and never again.
It does not matter. He has written it all.

The water moves and dances, it shines
with lead and iron, across the canal
a palace with a marble doorpost,
damaged like his face. The coat felt warm,
the cold water does not touch him,
in the window behind him an old frame,
the portrait stays out, his face fits in,
a smoking poet from Russia. He does not see me,
because dead people cannot see, and yet,
that laugh defies me and says can’t you see
that I don’t give a damn, I have had
so much world already, it is time for the gondola,
and then put me beside that other poet.

Cees Nooteboom is a Dutch novelist, poet, and journalist. He has won numerous literary awards and has been mentioned as a candidate for the Nobel Prize in literature