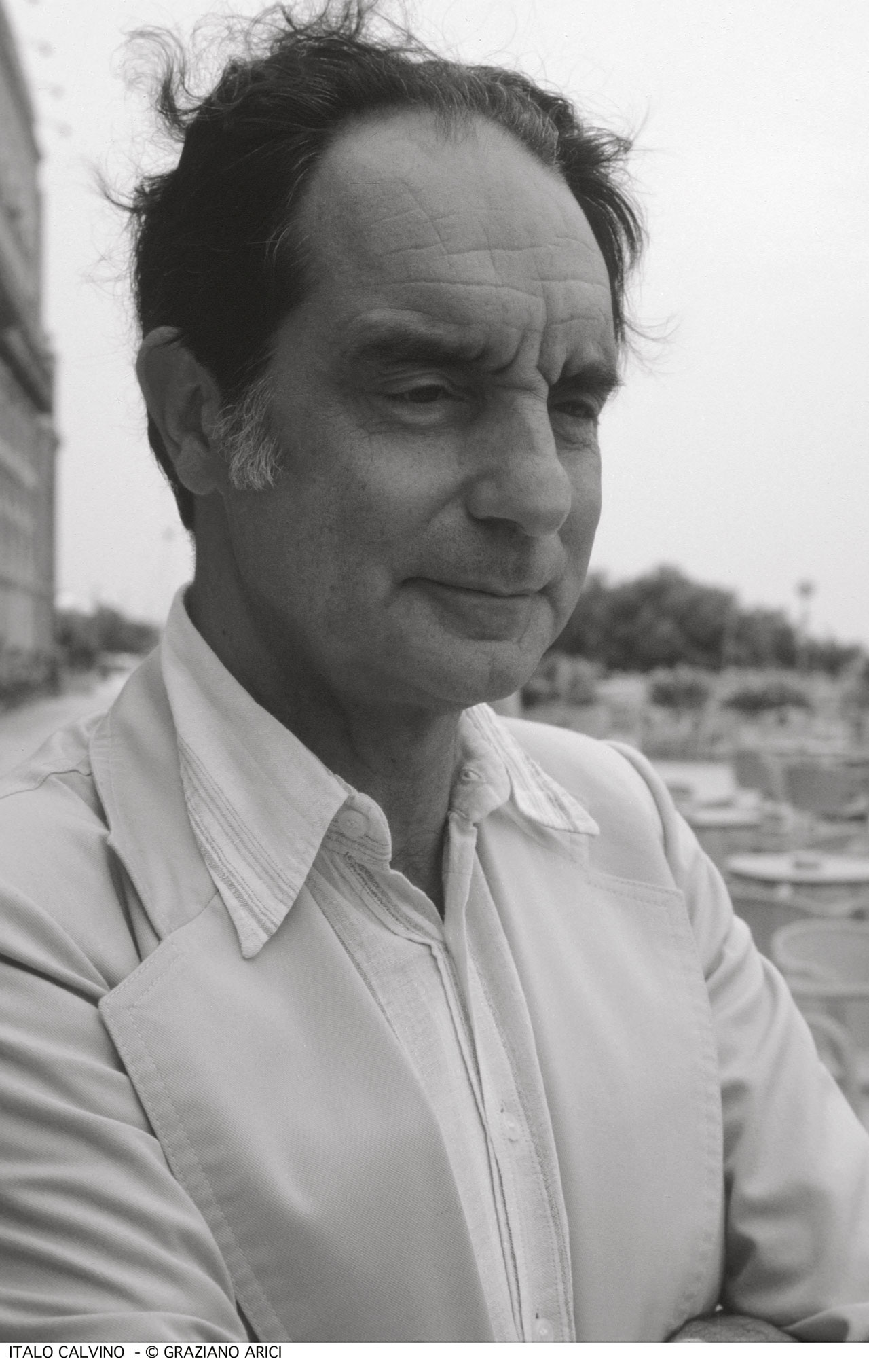 Archetype and utopia of the aquatic city

Conversation with Calvino
by Ivo Prandin

The interview with Calvino is part of a series published by the Gazzettino in a column entitled ‘La loro Venezia’ (Their Venice) in the 1960s. ‘They’ were prominent visitors or resident personalities met by Ivo Prandin for the Venetian Report. The interviews became a book in 1968, two years after the ‘big scare’ caused by the dramatic high water of November 1966.

Italo Calvino, one of the leading figures in Italian literature, has been living in Paris for some time, where he has rented a flat in Square de Chatillon. Did he go there to breathe the air of another culture? Or does he simply want to enjoy a holiday? In any case, it is from Paris that he has replied to some of our questions on Venice, ‘first anti-Euclidean city and thus a model of a city that has more future ahead of it’ because it has an extra dimension, that of water.

‘Nothing gives the idea of an extra dimension like the houses of Venice, whose doors open onto the water’, says the writer of t Zero. ‘It is always a challenge for the mental laziness of the man from the mainland to get used to the idea that that is the real door, while the other one, which opens onto the campo or calle, is only a secondary door. But you only need to reflect for a moment to understand that the door onto the canal connects not to one particular waterway, but to all waterways; that is, the liquid expanse that envelops the entire planet. This is what you feel in the houses of Venice: that the land door gives access to a limited portion of the world, to an isle, while the door onto the water leads directly to a boundless dimension.’

Venice actually provokes in men a particular mental climate, a special geometry – precisely, non Euclidean: in Venice the shortest line between two points is never a straight one. It is this, says Calvino, ‘that unleashes our imagination onto unusual pathways; whilst there is nothing unbounded on the level of perceptive sensations, space opens and closes before us in constantly changing configurations. The extraordinary accomplishment of Venice is precisely its extreme diversification, non-uniformity in a homogeneous experience. It is no mere chance that the street terminology here is of an unparalleled richness: calli campi fondamenta rive salizade sotoporteghi, every place asks to be named with resolute precision as if asserting its uniqueness. But I realise that I am unable to remember as many words for the waterways: canal, rio, and then? Either this is a question of the poor retention of my memory or our nomenclature for waterways is poorer and the Venetian lexicon does not do justice to the variety of forms the lagoon labyrinth introduces us to. In either case there could be a single explanation: water is the unifying element, its differentiation is given by the emerged places; the lagoon is a single level, while quays and bridges with their constant ascent and descent of steps introduce the element of discontinuity that is characteristic of the language’.

Calvino is almost obsessed by that ‘extra dimension’ of the water. ‘Living in Venice and leaving aside the water does not mean finding yourself in the same condition as the inhabitants of other cities: you live in a city in negative. The imagination refuses to picture a dry Venice: if you try to imagine the canals dried up you see abysses open up between the banks, a nightmare city crossed by bottomless canyons. Or, in another sequence of the nightmare, the canals close up, heal, bringing the walls of the houses close together in narrow alleys (and yet a Venice like this exists, the Venice of the poor people of Castello).’

What do you think is the possible future reality of Venice? ‘You more and more often see the Venetian model appear in plans for the cities of the future. Such as in the town planners’ proposals to solve the traffic problem in London: roads for vehicles that pass down below while the pedestrians circulate on elevated roads and bridges. Water will always have a greater place in city life: in the period of transition we are about to go through, in which many cities will have to be abandoned or rebuilt from top to bottom, Venice, which did not go through the brief phase of human history in which it was thought that the future was of the motor car (only about 80 years), will be the city most able to overcome the crisis and indicate new developments from its experience.’

So Venice is a city of the future, not only of the past? ‘Yes, it is. And Venice will lose one thing, the fact of being one of a kind. The world will fill up with Venices, or rather Supervenices, in which multiple grids at different heights will overlap and link up: navigable channels, roads and canals for hovercraft, underground, underwater or elevated railways... It is in this frame that the future of Venice must be seen. Considering it in its historic-artistic fascination is to grasp only one aspect, illustrious but restricted. The strength with which Venice acts on the imagination is that of a living archetype that looks onto utopia.’