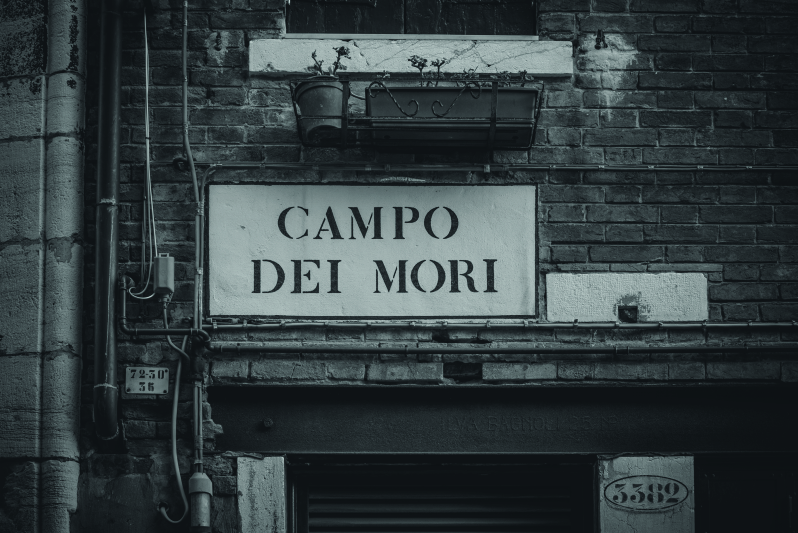 The Luzzatto in Venice

Amos Luzzatto is an Italian writer and essayist

This short piece may be considered a dedication to the lagoon city, offered by one who has belonged to it for many years, though was not born here. But I got married here, my children were born here, I have lived here for many years and also acted for a time as president of the local Jewish community.

My family came here a few centuries ago, according to traditional records. We belong to a group of Jews originally from the German region of Lusatia. When we arrived in Veneto we brought two things: the ritual of Jewish prayer in the German regions (Ashkenazi) and the crest (a cockerel with three ears of wheat in its claw, with a crescent moon and three five pointed stars above – this was actually the coat of arms of the Swabian city of Lübben, also known as Lübbenau). At the time there must have been a fairly numerous group of families, as they had their own oratory in the Campo di Ghetto in Venice, the Midrash – also known as the Schola Luzzatto, still extant. The descendants of the family have left significant signs in literary works and Jewish thinking; others have written on it extensively.

It has been up to me, a modest descendant, to keep its memory alive. I have done so partly by returning to settle in the place where the roots of our family are strongest, though with a never diminished preference – why not admit it? – for old Trieste and its language.

This is perhaps why when I go away from Venice I cannot but ask myself whether this city of ours appears more Italian or more European. Let it be very clear: I am not trying to forget the heroic deeds of the Risorgimento and Daniele Manin. But I always remember a trip I made with my young wife Laura to Salzburg, where the hotel owner asked me what the weather was like in Venice, because she, ‘as very often’, intended spending the weekend there. She felt so familiar with it that I began to suspect she considered our city almost a suburb of hers (or perhaps vice versa).

The history of the city, its toponomy, it seems to me its architecture, its being lapped by the northern Adriatic and its transalpine lines of communication make it a crossroads of languages and cultures. More than an observation, this is a promise, which has not always been kept. ‘Crossroads’ does not mean simply a physical place where different people occasionally see one another. It means rather a place where they learn to live and work together.

My vision of the future of Venice is all here. When, as begins to occur in our times, the areas of ‘mixed populations’ on this or that side of the borders, which are every day more penetrable and permeable, are less and less sacred borders of the homeland, to be patrolled with gun in hand, and more and more stages of common actions, of occasions for better knowing one’s neighbours and for building a shared atmosphere with them: the placement of a city like Venice should be clear.

It always pleases me to bring an example from the nearby world of German language and culture. In the centre of the city, in a palazzo in Venetian style, known to the many who admire it going past in a vaporetto on the Grand Canal by the name of ‘Palazzo della Terrazza’, there is an exalted Centro tedesco di studi veneziani; the name itself is already a programme.

I wonder when there may be an equivalent Centro veneziano di studi tedeschi, to be situated near to us, but over the border and, so to speak, twinned with the former? It is probable that not everyone – and I, perhaps, among them – would be pleased, because, as the well-known proverb says, appetite comes with eating. It would be wonderful to launch such an initiative for the other culture bordering ours to the east, too: the Croatian and Slovenian.

People of my age can certainly not fail to remember the people of Italian language and culture who had to abandon their possessions in Istria and Dalmatia. Many of them came to Venice and took citizenship but remained nostalgic for a past that proved, with the passing of time, more and more remote, less and less recoverable. Objectivity requires, though, that, digging deeper into the past, we find opposing memories, those of an exaggerated Italian nationalism that was asserted in those lands, but that also tried to cancel the presence and traditions of their Slav element.

Several generations have passed since then and official public relations have certainly improved; many Veneto people now actually own houses in those lands, they go there often and, when they go, share with the people a Veneto dialect with Croatian expressions. Why not encourage serious dialogue between the two cultures? I think that the answer to this question is both political and cultural. Here I am most concerned with the latter.

I have no doubt that the defence of Venice’s centuries-old artistic and cultural heritage warrants the attention, study, financing and dispositions of those who direct the fates of the city. But this cannot force us to set aside what seems to me to be the main question. Do we think of a future Venice as a big museum, or do we want it be the centre of modern life, of international culture, of renewed creativity? I am talking about a long, difficult and often obscure task, that would give Venice a central place in the construction of an authentically European culture, so without pseudo-privileges for languages regarded as universal and poorly learnt, but aimed at seriously knowing our neighbours and making ourselves known to them.

And above all doing so together, to ensure that afterwards we really will be able to live together.